The tradition of "Baba Marta", in English "Grandma Marta" originates from the pagan times and it is considered one of the oldest continuing traditions in Christian Europe. The holiday or better custom is celebrated on 1st of March in Bulgaria, and something similar in Romania, Moldova and Albania. The day itself is celebrating the rebirth of things, a beginning of something new and announces the beginning of spring. 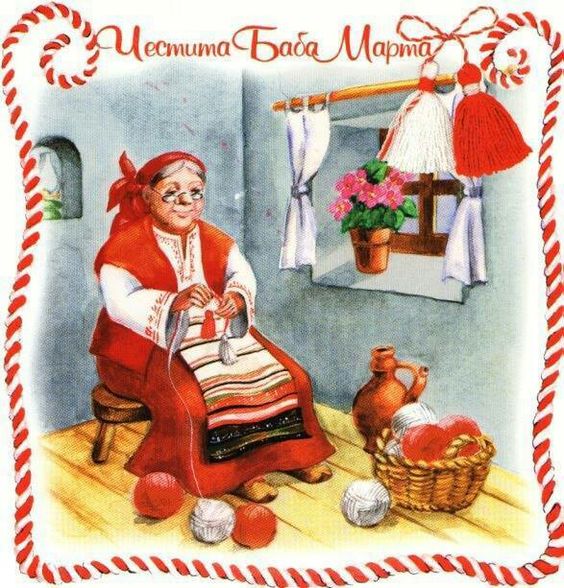 It is typical on this day the celebration of the Character of Baba Marta which is the only feminine month character (Mart in Bulgarian means March, from here the name) and Martenitsi, which are normally red and white wrist bands, yarn dolls or tassels and they function like amulets in order to protect people from evil, diseases and bad luck. The threads always have to be torn and they are supposed to be tied by a knot to prevent the evil to enter. Martenitsi are worn since the moment a person gives it to you, through the month of March until you see a stork in the sky or a blossoming tree. In that moment you are supposed to put your Martenitsa on the nearest tree. The red color is symbolising blood, health, also birth and the white color pureness and clear grounds. Together they represent rebirth and beginning of something new. 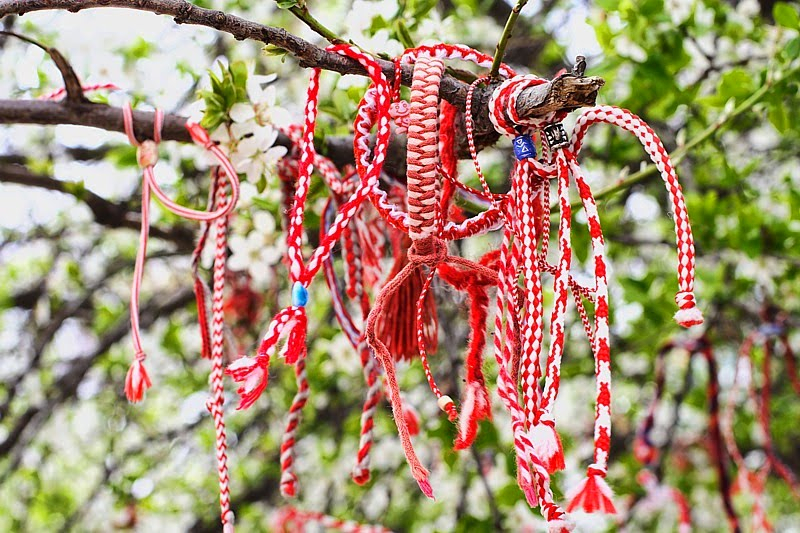 The folklore picture and also character of Baba Marta is very present on that day, and the common saying people tell to each other is: Happy Baba Marta! (Chestita Baba Marta) and they wish each other happiness and health while tying the Martentsi on each other's wrists (most commonly).

In the past (19th century) it was also very important where you wore your Martenitsa in order to understand if the person was married or not (the right hand for single people and the left one for married). The traditional Martentsi were wrist bands or little figures of Pizho and Penda, which represented a family and procreation which was one of the most important things in those times. Also one of traditional habits was for the oldest ladies of the family to put the red carpet or sheet on the courtyard of the house on the 1st of March before the sunrise, in order to provide luck and happiness for their homes. They believed that Martenitsi have to be made only by women and all the thoughts you put in one Martenitsa, would become true for the person who would receive it, so  that's why it was important to be happy and positive minded while making them. Also was important to be positive and smiley on that day for Baba Marta to make her happy, in order that she provided good and sunny weather. 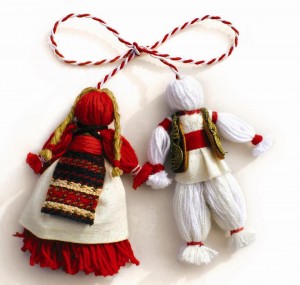 This year "The cultural center of Shipka" (Chitalishte Svetlina 1861) organized the initiative of Baba Marta in the town of Shipka, where Baba Marta was distributing Martenitsi (which the team of Chitalishte made by themselves) with another lady to the locals around the village. People here till now didn't have such a habit and I think they were positively surprised and glad that they did it. I hope they will conserve this nice tradition in following years and spread more the true meaning of it amongst the children as well.